A global brand with a rich history

Danotherm Electric A/S was founded in 1919 in Frederiksberg, Denmark, by Electrician S. Samulevitz initially as an electrical engineering service company. Samuelevitz provided quality electrical installation services to customers for over forty years and passed the company down to Hans Mandel in the 1950s.

When Hans Mandel took over as CEO, the company had already gathered popularity within Denmark for its top-tier rheostats and power resistors. However, Hans Mandel had the vision to expand the company’s clientele base beyond Denmark and the rest of Europe, so he began expanding by entering the German market.

The company’s ability in meeting the increasing demand for solutions that can withstand heavy power loads and variations in temperature made the expansion successful.
Soon, the company began expanding to Sweden, Finland, and Switzerland. In 1989, Peter and Michael H. Laursen acquired shares in the company, and later on, Swedish engineering concern NIBE Industries AB acquired 80% of the company’s shares in 2003 and 100% in 2006.

At the time, the company had become an international company, and the acquisition by NIBE paved the way for more resources, innovations, and support with which the Danish company could grow bigger. Over a hundred years since its founding, and with distributors in 46 locations across the globe, Danotherm has become a world leader in manufacturing power resistors for a wide range of applications.

The company has Peter Mandel—a third-generation member of the founding family—playing a pivotal role as its technical director.
Today, Danotherm is recognized globally for its unique skillset in offering customized power resistor solutions and its dedication to provide services to its customers.

Hans Mandel, family to Samulewitz, takes over the company and starts working on power resistors

The company moves from Frederiksberg in Copenhagen to Rødovre (a suburb of Copenhagen). Till 2020 this remained the head office of Danotherm and all sister companies that produce resistors.

Production of wire wound resistors is automatized. All machines are engineered, built and maintained by Danotherm. Although the majority of Danotherm production is done in Stargard (Poland), the production on large energy dump resistors is still in Copenhagen.

1998 brought about a revolutionary new product into the already established Danotherm portfolio of power resistors. These new resistors were housed in aluminium and called ALPHA series.

Michael Laursen is appointed to the position of CEO. Hans Mandel continues to work as sales manager.,Danotherm becomes a subsidiary of NIBE Industrier. Danotherm had been a supplier to Backer (also a NIBE company) since many years. The acquisition of Danotherm by NIBE was a logic step.

Danotherm opens a production facility in Stargard, Poland. The majority of all aluminium housed an all wirewound resistors is done here

In the last century, Danotherm has been a reliable supplier of Resistor technology. We thank you for the 100 years.

Danotherm has moved its headquarter from Næsbyvej in Rødovre to our current address in Taastrup. The new building was taken into use on the 28th of March 2022. The new facilities are aimed at streamlining production facilities and to create an even better working environment for Danotherm's employees.

Bringing Excellence to the world

Find the right power resistor solution to meet your power structure design requirements. Use our product finder below to sort our products based on specifications like cooling method, power range, termination, ingress protection class, etc. 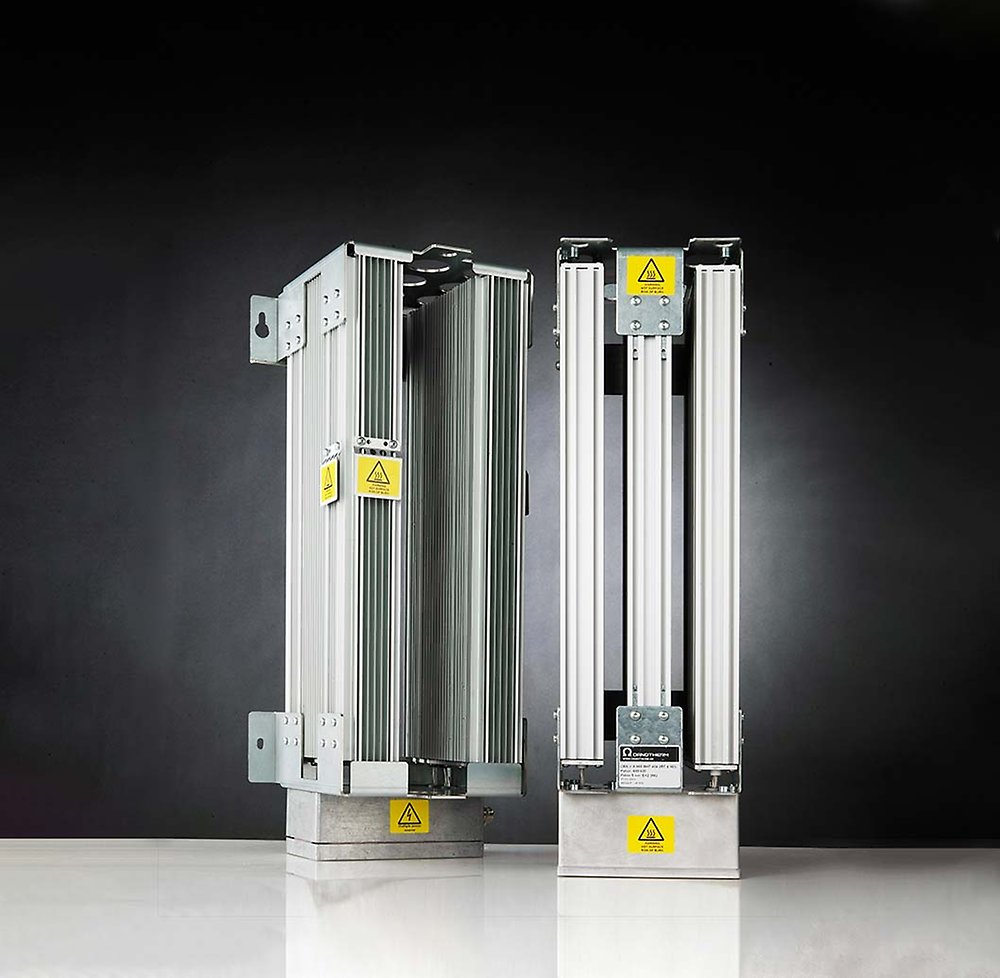 Send us a request.

Please fill in the form and we will get in touch.